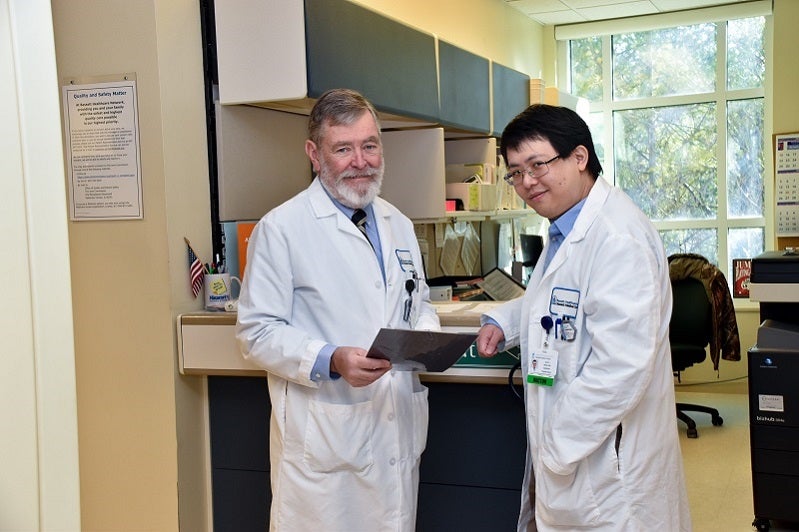 There are 1.1 million doctors of medicine in the United States according to Statista and only a small minority of these MDs also hold PhDs. Dr. Richtsmeier of Bassett Medical Center is one of them. He specializes in Head and Neck Surgery within the field called Otolaryngology, more commonly referred to as ENT for Ear, Nose and Throat.

Recently named Ambassador of the Year by Bassett Medical Center, Dr. Richtsmeier described why Bassett Healthcare Network is such a great fit with his background.

In general, medical doctors focus on patient care and PhDs focus on research. At Bassett, Dr. Richtsmeier has put his MD/PhD to good use for the last 21 years and for 4 years earlier in his career. He combines all three skills:

As a teaching hospital and medical school campus affiliated with Columbia University and a nationally renowned Research Institute, Bassett offers Dr. Richtsmeier the opportunity to teach residents, medical school students, and even expose high school students to medicine and to teach patients about their illnesses.

According to Michele Trzepacz, RN, who nominated Dr. Richtsmeier for the Ambassador award and has worked closely with him for 5 years, Dr. Richtsmeier excels at patient care.

After interacting with many other ear, nose and throat (ENT) doctors during her 33 years as a nurse Trzepacz observed, “Dr. Richtsmeier goes above and beyond for his patients....He has a way about him….He is one of a kind.”

When asked to describe his proudest moments in his Bassett career, Dr. Richtsmeier humbly recalls several patients this way. “I think I’ve had a few patients who have had very difficult malignancies who I’ve helped get through that. They were conversations I’ve had with patients which helped them deal with their illnesses. Although everybody is going to die someday, a lot of people do not think about the end of life.”

Dr. Richtsmeier credits a volunteer job he had for several summers working in an emergency room with giving him a “taste of the seriousness and the intimacy of practicing medicine.” He says, “I think it was that early experience in the emergency department which hooked me.”

During his 25-year career at Bassett, Dr. Richtsmeier has devoted himself to the clinical side of medicine. For another half of his career, Dr. Richtsmeier worked for two prestigious universities, Johns Hopkins and Duke, excelling at research and teaching medical students. In those roles, “cancer was my surgical focus as there are many tumor related illnesses.” Immunology is what fascinates Dr. Richtsmeier the most.

“I was lucky to have an excellent education. Research taught me to evaluate things differently and to be able to turn around and try to explain very complicated concepts to patients in a language they can understand.”

Dr. Richtsmeier continues to do research at Bassett by assessing the outcomes he has with each patient. He takes great pride in his work saying “We’re good at what we do here.”  The “salaried physician model” at Bassett provides an added benefit: “We can collaborate together without it costing anything to an individual provider.” Patients have a team of physicians, nurses, and staff. “Support at every level is so important to a patient’s recovery." Caregivers need support too.

How It All Began

Dr. Richtsmeier comes from a family of doctors. His father was a cardiologist. “My father was the model doctor for me. When I was in medical school and came home for the summers, my father would take me on rounds with him to see his patients.” Richtsmeier admired the way his father spoke to patients and connected with them. He said, “My father had a sixth sense of what was going on with patients.” Today, Dr. Richtsmeier advises others to listen to their intuition. “If you feel uneasy, those feelings are there for a reason.” He still remembers how his father sensed that an elderly gentleman did not have much longer to live and told the nurses to contact his family to come visit him. The patient died the same day. This model of patient care left a lasting impression on Dr. Richtsmeier.

Dr. Richtsmeier is one of six children, five of which entered the medical field. He is joined by 2 of his brothers and 2 of his sisters. “I always looked up to my older brother, Tom, who is a cardiologist like my father.”

Another brother is a pediatric psychiatrist; one sister is a physical therapist and another is a renowned skull base development researcher. When speaking to his family members, Dr. Richtsmeier shares their sentiments that they feel “incredibly lucky to be educated, to have done well, and all have successful careers.” Richtsmeier gives a lot of credit to his mother. “She held it altogether.” He also credits his wife, Mickie, a social worker saying “My wife is a very understanding, loving and supportive woman.”

Dr. Richtsmeier expressed great respect for the team approach to medicine at Bassett Healthcare Network. A tonsil cancer patient, for example, may need X-Rays, lab work, drugs, chemotherapy, surgery and follow-up visits. He said, “I am very grateful for the support of the staff that allows me the opportunity to spend the time I need with my patients. Sometimes, the patient encounter is very upbeat and sometimes the conversations are very difficult. It takes time to explain medicine to patients. You have to be careful how you say things to patients. For example, ‘Your test came back negative’ may be positive news, but patients may interpret ‘negative’ to mean something is wrong.”

Receiving the Ambassador of the Year distinction, Dr. Richtsmeier described as “pretty nice. It was an interesting experience being in a room with a cross-section of leaders from Bassett Medical Center…It was an enthusiastic group.”

As one of only two doctors in Otolaryngology, Dr. Richtsmeier describes his reluctance to retire as “wanting to support Otolaryngology’s Chief of Service, Dr. Elizabeth E. Redd until another  ENT physician is recruited. He adds, “Dr. Redd is such a treasure to have here….She is the nicest, sweetest doctor who is generous with her time and an excellent surgeon.” 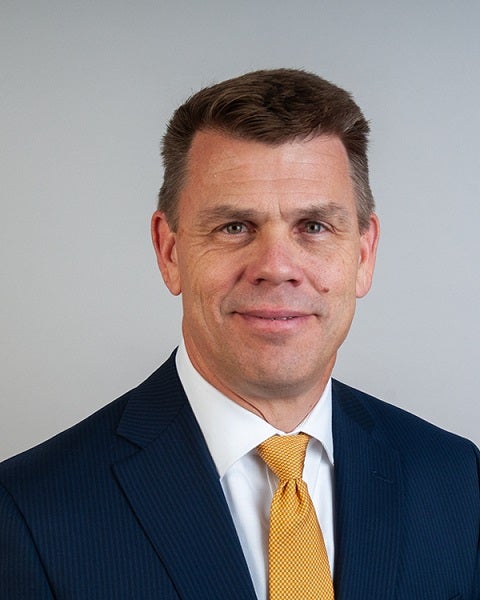 Kai Mebust, MD, has been appointed Chief of the Department of Medicine for Bassett Medical Center.

The soirée and auction raised $250,000 in support of the medical education program at Bassett Medical Center. 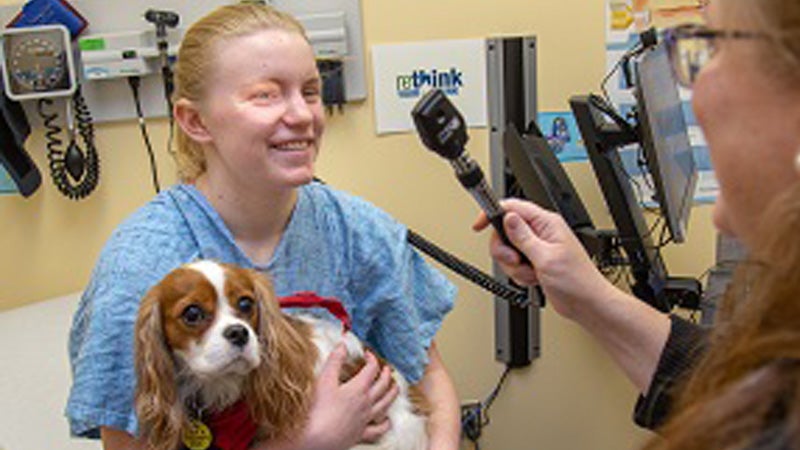